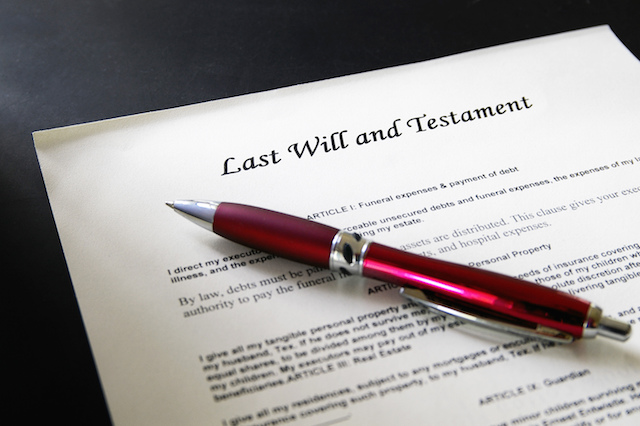 Under What Circumstances Does a Will Become Invalid in CA?

Most people know that a person’s will is the legal document which dictates how that person’s property should be distributed after they die. But a will should only be used in this manner when it is actually valid under state law. When a person’s estate goes to probate, one party may submit a will to the court to be used in distributing the property in the estate, and the court will determine whether the will is valid. That said, the burden of raising arguments as to why a will might be invalid often falls on other parties whose rights are being affected. Here are a few circumstances under which a will could be invalid in California.

The Will Does Not Meet Formalities Requirements in CA

For a will to be legally valid, it must meet California’s “formalities” requirements, which refer to certain qualities of the document itself that must be present. These include:

The Will Was Validly Revoked

A will that was once valid can be rendered invalid when the testator takes an action which validly revokes the earlier will. Revocation of a will can be done through an express statement or through burning, tearing, canceling, or otherwise destroying an earlier will with the intent of revoking it. Note that revocation of a will is effective even where only one copy of the will is revoked.

People often decide to create a second or third will after an original will is made, and, to the extent that the later will conflicts with the earlier will, the later will is effective and the earlier will is invalid. In addition, a person can create a codicil document which does not necessarily revoke an earlier will but can effectively modify it. Determining whether a later will or codicil exists and admitting it to probate is thus crucial for parties benefited by such documents.

A Will Was the Product of Undue Influence

Where a person creates and/or changes a will due to the undue influence of another party, those particular sections that were the product of undue influence will be made invalid. Undue influence is using coercion or otherwise overpowering the will of another person to get them to change their will, and is often done by using misinformation or preying upon the loneliness and/or limited faculties of an elderly person.

A Will Was Forged

This one is self-explanatory, but, if a will was forged either in whole or in part, other parties should step forward to dispute the authenticity of the will and ideally present the correct will to the court.

In some other cases, a party can petition a probate court to discount certain portions of a will based on the fact that other aspects of California law override the statements in the will. Common examples of this include where a spouse has been wrongfully omitted from a will, or the will is attempting to give away community property that rightfully belongs to the surviving spouse, or where a child has been omitted from the will. Talk to a probate attorney about further arguments that can be raised in favor of a will contest claim.

Work With an Inheritance Recovery Attorney to Win Your Rightful Inheritance

If you have any reason to suspect that you are being intentionally or mistakenly kept from receiving your rightful inheritance, The Inheritance Recovery Attorneys are here to help. We have extensive experience in understanding and litigating the nuances and complexities of California probate code, and we have spent countless hours spent in the courtroom aggressively fighting on behalf of plaintiffs. We offer contingency pricing on will contest matters, meaning we collect no legal fee unless we win on your behalf. Contact one of the dedicated team members at TheInheritance Recovery Attorneys to see how we can help you in getting the recovery you deserve in your probate or trust matter.

Follow us
When Promised Property is Missing From a Person’s EstatePrev
No Will ? What do you do now?Next