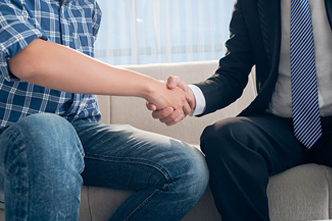 Trust & Will Contests: Are They Cost-Prohibitive?

A record number of people are heading towards retirement in the next couple of decades. Unfortunately, for many retirees, their savings will not last them through their golden years. Many are relying on their inheritance to help them get through retirement.

Added to this dynamic is the fact that parents who are living well into their 90’s are relying on their children for care. Often, it’s one child who cares for aging parents, while the other sibling(s) may not be “as involved” with their parents’ care. This often results in a disproportionate distribution scheme, leaving more assets to the child who cared for the parent(s).

This is especially common when one child moves in with the parent(s) to provide care. In return, the parent(s) might leave “more” to the child who cared for them, often to show their gratitude and appreciation. Sometimes, however, parents might either feel obligated to leave more to the child who cares for them, or worse, fearful that the child will cut off care. As a result, more and more beneficiaries are being disinherited from estates. In many cases, these decisions are exactly what the parent(s) intended and there may be no grounds for challenging the distribution scheme.

But often, the parent(s) would not have disinherited one or more would-be beneficiaries but for undue influence, duress or even fraud committed by the beneficiary inheriting a disproportionate portion of the estate. This is more common with a parent who has dementia and is vulnerable to being influenced. Again, because our aging population is living longer, dementia is on the rise. It is not a coincidence that so are estate disputes.

Unfortunately, for many wrongfully disinherited individuals, it is cost-prohibitive to hire an attorney to contest a will and/or trust. However, a contingency based fee arrangement helps to cure this inequity. Under a contingency fee arrangement, the attorney only gets paid if the beneficiary obtains some form of monetary recovery from the estate. We find that this arrangement helps bolster the attorney/client relationship. Rather than bill hourly and drag cases out, attorneys working on a contingency share the same goal as the client; to efficiently and economically obtain the fairest result possible.

With a growing number of individuals being written out of their inheritance, estate litigation will be on the rise in the coming years. Would-be beneficiaries who have been wrongfully disinherited should have an opportunity to prove their cases without having to spend thousands of dollars to do so.

Follow us
I Feel Cheated Out of My Inheritance, What Can I Do?Next